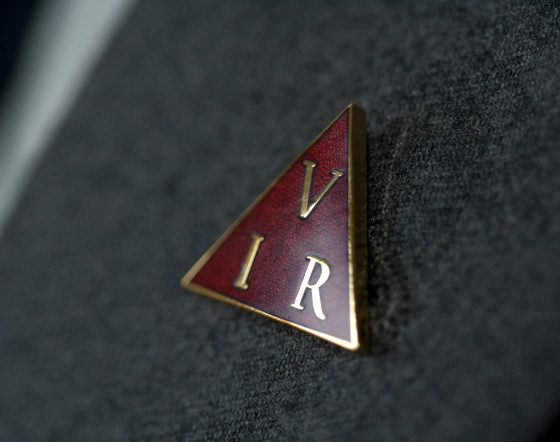 A collaboration with Joe Halliwell.

The direct current flowing in a conductor is directly proportional to the potential difference between its ends.
Statement of Ohm’s Law

There is no certainty when or from what source Cavendish inherited the riches that ultimately came into his possession. All the testimony, however, agrees on two cardinal facts: that Cavendish was, for the first forty years of his life a poor man, and for the last thirtynine an exceedingly rich one.
“Henry Cavendish”, Charles K Edmunds, 1901

[Ohm’s Die galvanische Kette, mathematisch bearbeitet] is a web of naked fancies, which can never find the semblance of support from even the most superficial observation of facts; (and) he who looks on the world with the eye of reverence must turn aside from this [...] as the result of an incurable delusion, whose sole effort is to detract from the dignity of nature.
“History of Physics”, Florian Cajori, 1929, quoting a nameless critic

Centuries later, the opprobrium that greeted Ohm’s publication seems baffling and the disproportionate savagery of the critique certainly took its toll on Ohm’s psyche. Black moods become commonplace; he finds it impossible to concentrate; he is possessed by the notion that a “secret society” is operating in the shadows to suppress his research for its own inscrutable ends.
“Georg Ohm: A life in science”, Elijah Lowell, 1974

I have, through my own investigations, uncovered many of the electrical principles that are the keystone of the Cavendish philosophy. I am already halfenlightened! Yet, at the behest of The Society, I have said nothing and published nothing. [...] Over and again, I have proved my obedience and adaptability for the sake of The Society. Indeed, the only thing in which I have been determined and inflexible has been in the prosecution of my studies [...] My sex cannot be an obstacle. My petition to be admitted must be heard. I will not be denied.
Letter to Charles Babbage, Mary Greig, 1834

Cavendish never married and was reputed to have a positive dislike for women. In the words of one of his contemporaries, “he was the coldest and most indifferent of mortals.” [...] Another authority relates that Cavendish “one day met a maid servant on the stairs with a broom and pail, and was so annoyed that he immediately ordered a back staircase to be built.”
“Henry Cavendish”, Charles K Edmunds, 1901

There have been only three women who have understood me. These are yourself Mrs Somerville, Caroline Herschel and a Mrs Grieg of whom I know nothing.
“Calendar of the Correspondence of Pierre Simon Laplace” Berkeley Papers in the History of Science, vol.8, 1982

One idea after another, of those which constitute the basis of science, becomes distinct, first in the minds of discoverers, then in the minds of all cultured men, till a general clearness of thought illuminates the land; and thus the torch of knowledge is handed forwards, thousands upon thousands lighting their lamps as it passes on; while still from time to time some new Prometheus catches a fresh light from heaven, to spread about among men in a like manner.
“On the Principles of an English University Education” William Whewell, 1837